The Earth Dragon Canon methods are something I created through years of practice, meditation, and consultation.

Click over to the Membership Section to support my efforts today!

The Dao and Origins of Mindfulness Practice 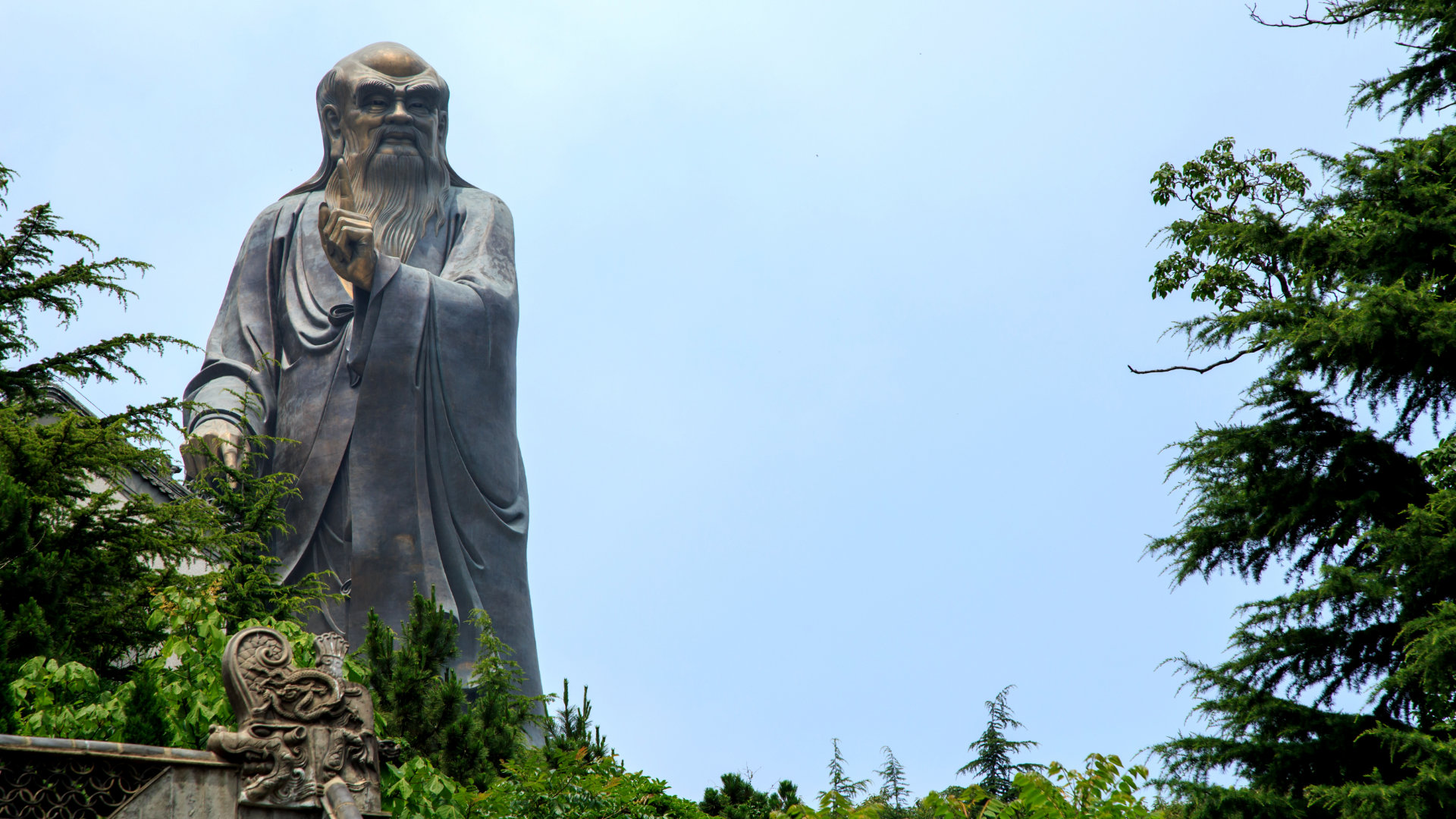 Wu wei is effortless action and is associated with water. Water is soft, but through its unrelenting nature can move earth and carve stone. The Dao (Way) of the Universe works on its own rhythm. Individuals striving to form their own way disrupt this rhythm and pay the price through suffering and an early death.

De is virtue or integrity and is the active expression of effortless action. Aligning your efforts with the unrelenting flow of the Universe is virtuous behavior.

Pu is the uncarved block, or simplicity. Pu represents a state of receptiveness, without preconceptions, and is the true nature of mind when it is unburdened by knowledge or experiences. Pu is achieved through effortless action. 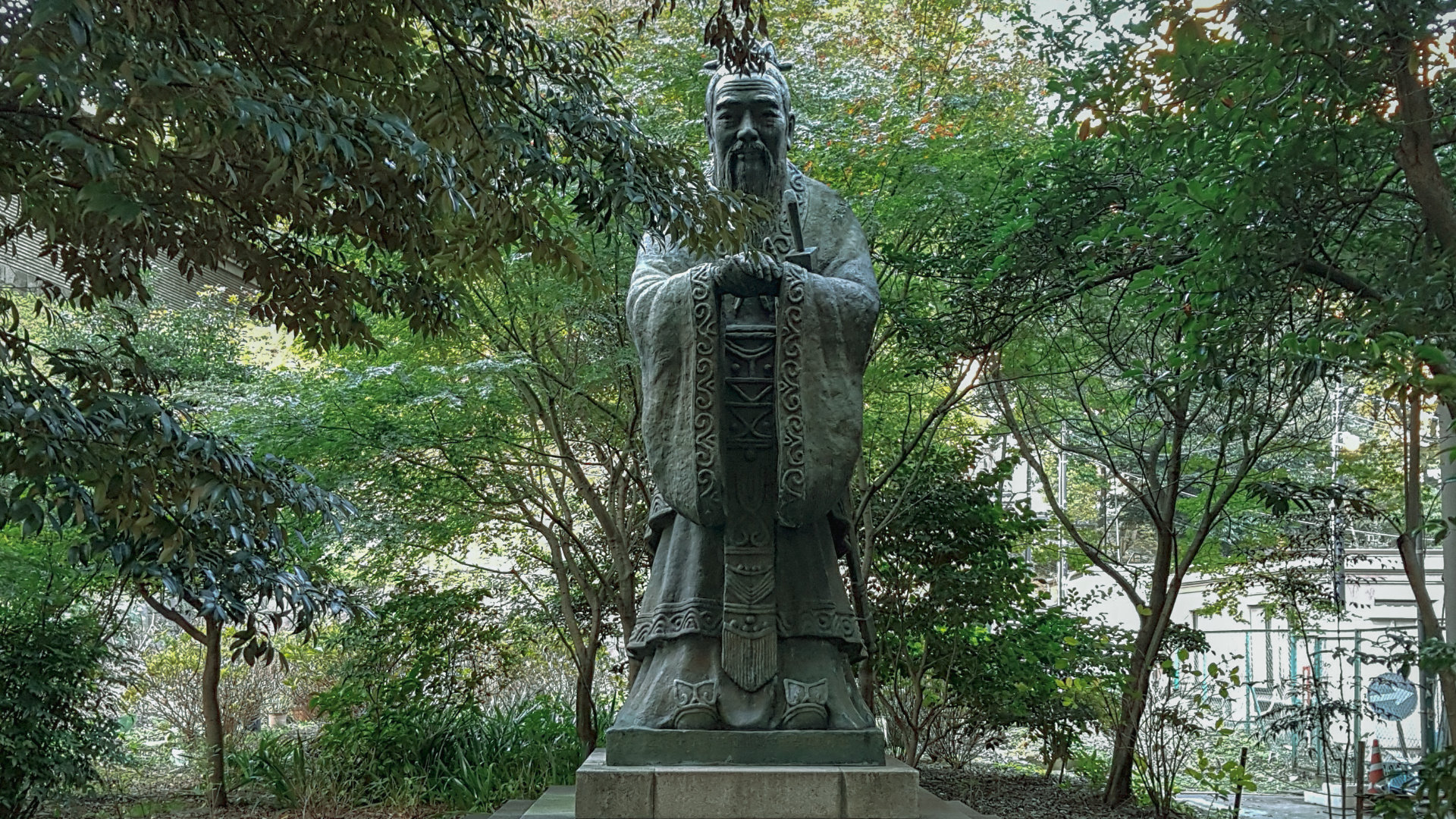 Confucius (551 – 479 BCE) taught personal and public morality, correctness of social relationships, justice, and sincerity. Confucius hated disorder and disunity and wanted to find ways to overcome the feuds that characterized the latter part of the Zhou era. He admired King Wen, valued continuity, and wanted to sustain the ancient traditions. He unsuccessfully tried to persuade different rulers to put his social and political beliefs into practice. He died convinced that he had failed.

Before Confucius’s commentary, the Yi Jing was used primarily for divination. After his addition, the text transformed into a work that has inspired philosophers and scientists for centuries.

In 221 BCE Qin Shi Huangdi assumed The Mandate of Heaven and became the first emperor of China. He considered the idle pursuit of philosophy a threat to his throne and had three-hundred Confucian scholars buried alive. Fortunately, the Qin rule lasted a mere fifteen years, before the Han replaced it.

The Han was the longest-lived imperial dynasty (24 emperors, 426 years). During its rule, The Ten Wings of the Yi Jing and other Confucian texts became templates for state policy.

The Eightfold Path of Buddhism 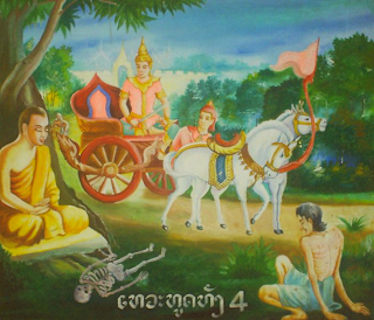 Buddhism is based on the teachings of Siddhartha Gautama (563 – 483 BCE) who endured a period of exploration to become The Buddha or Awakened One. He lived in the northeastern region of the Indian subcontinent, but his teachings helped to shape China’s development.

Buddhists recognize Gautama Buddha as an awakened teacher who shared his insights with others. These teachings describe the true origins of suffering, and how to overcome them. With this understanding, the individual can achieve nirvana. Nirvana is a transcendent state in which there is no suffering, and the subject is released from the effects of karma (the sum of a person’s actions) and samsara (the cycle of death and rebirth). Nirvana represents the ultimate goal of Buddhism.

Buddhism is broadly categorized into two major branches: The Theravada and the Mahayana schools.

The Theravada school is known as The Ancient Teaching and is considered the oldest surviving Buddhist school. Theravada practice puts importance on monastic life. Religious attainment is an exclusive domain of the bhikkhus (religious renunciants). The arhat (monk) is a person who successfully follows the historical Buddha’s teachings. In this practice, it may take many lifetimes before nirvana is attained.

The Mahayana school has a large religious and philosophical structure. Unlike the Theravada school, Mahayana teaches that liberation is universal and not exclusive to religious renunciants. It says that pursuing the release from suffering and attainment of nirvana is too narrow an aspiration because it lacks the motivation to liberate others.

In the Mahayana school, emphasis is on becoming a bodhisattva. A bodhisattva is someone that gains enlightened (bodhi) existence (sattva) but rejects nirvana for teaching others. The bodhisattva has a considerable degree of understanding and uses their wisdom to help others free themselves.

Gautama Buddha abandoned practices of asceticism or self-indulgence that were popular paths to enlightenment for his day. Instead he opted for a middle way, or a path of moderation, with the defining characteristic of meditation. The Four Noble Truths and Eightfold Noble Path summarize his teachings.

The Four Noble Truths of Buddhism:

The Eightfold Noble Path of Buddhism:

Buddhism did not appear suddenly in China; it grew gradually during periods of turmoil. At first, Buddha was considered a barbarian god, favored by the non-Chinese ruling in the north. Buddhism saw growth during challenging times as the self-denying life of Buddhist monks appealed to peasants subjected to increasingly despotic rule. The monks would live and work among the people, instead of cloistered away like the elite Confucian scholars.

Buddhist monks, imported from India, embraced the ideals of Confucianism and Daoism so successfully that a new branch of the belief system, Zen was born. 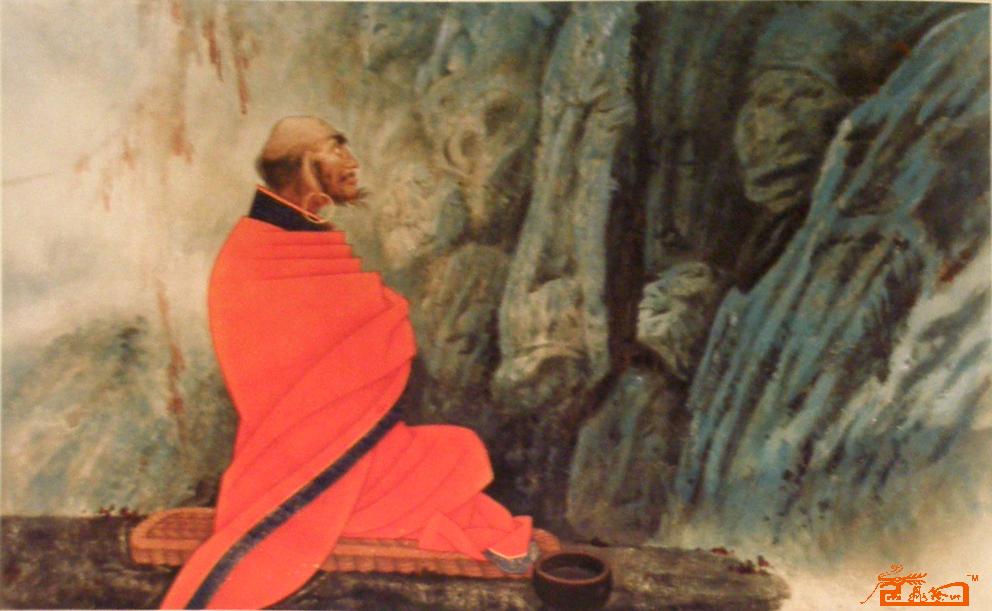 Bodhidharma (440 – 534 CE), a bodhisattva who traveled to China during the Period of Disunion (220 – 581 CE), played a seminal role in the transmission of Mahayana Buddhism from India to China.

Bodhidharma’s famous meeting was with the emperor Wu of the Liang dynasty (502 – 557 CE) is a Zen Koan.

Incensed by Bodhidharma’s answers, the emperor had him expelled from the court. Bodhidharma traveled north, across the Yangtze River, where he stopped at the Shaolin temple at Mt. Song.

The Shaolin temple was established several hundred years before Bodhidharma’s arrival, during the Period of Disunion (220 – 581) known as the Three Kingdoms period. Stories differ on how Bodhidharma gained entry to the temple.

In one story, he was refused entry, then sat in meditation outside the monastery, facing its walls, for nine years. Impressed with his dedication, the monks granted him entry to the monastery. In another story, the monks of the Shaolin temple granted him entry upon arrival. Bodhidharma ventured into a cave above the temple where he sat in meditation for nine years. This legend states that he sat in exactly the same place and in exactly the same posture for so long that the sunlight coming into the cave behind Bodhidharma burnt his image into the wall.

In either story, once he was inside the monastery he was dismayed by the poor physical condition of the monks and taught them exercises to promote their physical health. The legends say those exercises were the Eighteen Arhat Hands of Shaolin—a common routine in Shaolin martial arts. It is more likely that these exercises were yoga postures that when mixed with an already developed martial tradition formed the barehanded Shaolin arts we know today.

Bodhidharma’s transformative presence at the Shaolin temple was a keystone moment that forever changed martial training. Mankind had always trained to fight—initially to defend himself from animals or to hunt large game—and the Chinese were using form routines in martial practice before Bodhidharma. What changed at the Shaolin temple, is the use of martial training as a form of physical exercise.

Journey to the West

In 581 the emperor Wendi (541 – 604 CE) reunified China as the Sui dynasty. Born as Yang Jian in a Buddhist temple Wendi gained the support of elite Confucian scholars and made Buddhism a central pillar of his new dynasty.

The Tang dynasty (618 – 649 CE), however, would deliver an early threat to Buddhism in China. The emperor Taizong (626 – 649 CE) said that the Buddha “was a crafty barbarian who deluded his own countrymen,” and “It is not that I do not understand Buddhism, but rather that I despise it, and refuse to study it.” When a Chinese Buddhist monk named Xuan Zhang returned from his perilous trip to India with 657 sutras on his back and an epic story to tell, Taizong had a change of heart, and took the monk as his spiritual teacher. Xuan Zhang also left a book, Records of the Western Regions, which became the basis for the classic saga, Journey to the West.

Written during the later Ming dynasty, Journey to the West referred to the journey of Xuan Zhang in a fictional manner. The novel includes three fantastic disciples of the Buddhist monk, Sun Wukong (Monkey King), Zhu Baijie (Eight Precept Pig), and Sha Wujing (Friar Sand). Their mythical trip to India is an allegory for enlightenment. Steeped in Buddhist and Daoist morality, the story is a satire of Ming Chinese bureaucracy.

No exercise engages the scapula, quite like the push up. For strengthening the arms, shoulders, and body core, nothing beats this traditional exercise. The push up also engages the serratus anterior muscle along your rib cage, the same muscle targeted in traditional standing postures with extende…
Study Now

I developed this set from a line in a Taijiquan classic text that says: “Power is generated by the feet, transferred through the legs, directed by the waist, and transmitted through the arms to the hands.”
Study Now

Holding the Moon is a traditional posture for most Chinese internal martial arts. If you practice Holding the Moon before you are aware of your shoulder and hip alignment, however, you can reinforce bad posture. Therefore, a good way to learn the posture is lying on the floor.
Study Now
Be Bold
Be Creative
Be Yourself
Be Dapper Genius