The Martial Arts Parable is an exploration of the real meaning of the internal martial arts. Before you begin practice, you must know why you want to start.

Martial Arts as a Mindfulness Practice

In my software development career, in anger was a phrase that meant you were developing a program or a process out of frustration with what was available. I share my mindfulness martial art practice out of a similar frustration.

The trend in martial art practice is to stress combat effectiveness. Publications, videos, and teachers stress the art’s brutal nature, claiming that it was born in combat and violence. For certain, martial arts are combat training, but unless you are preparing for war, there is no need for that training to be brutal, or even violent. This is not the twelfth or even the nineteenth century when personal disputes were decided with duels to the death.

So, it is in anger that I approach the definition of martial arts and the reasons to practice them. 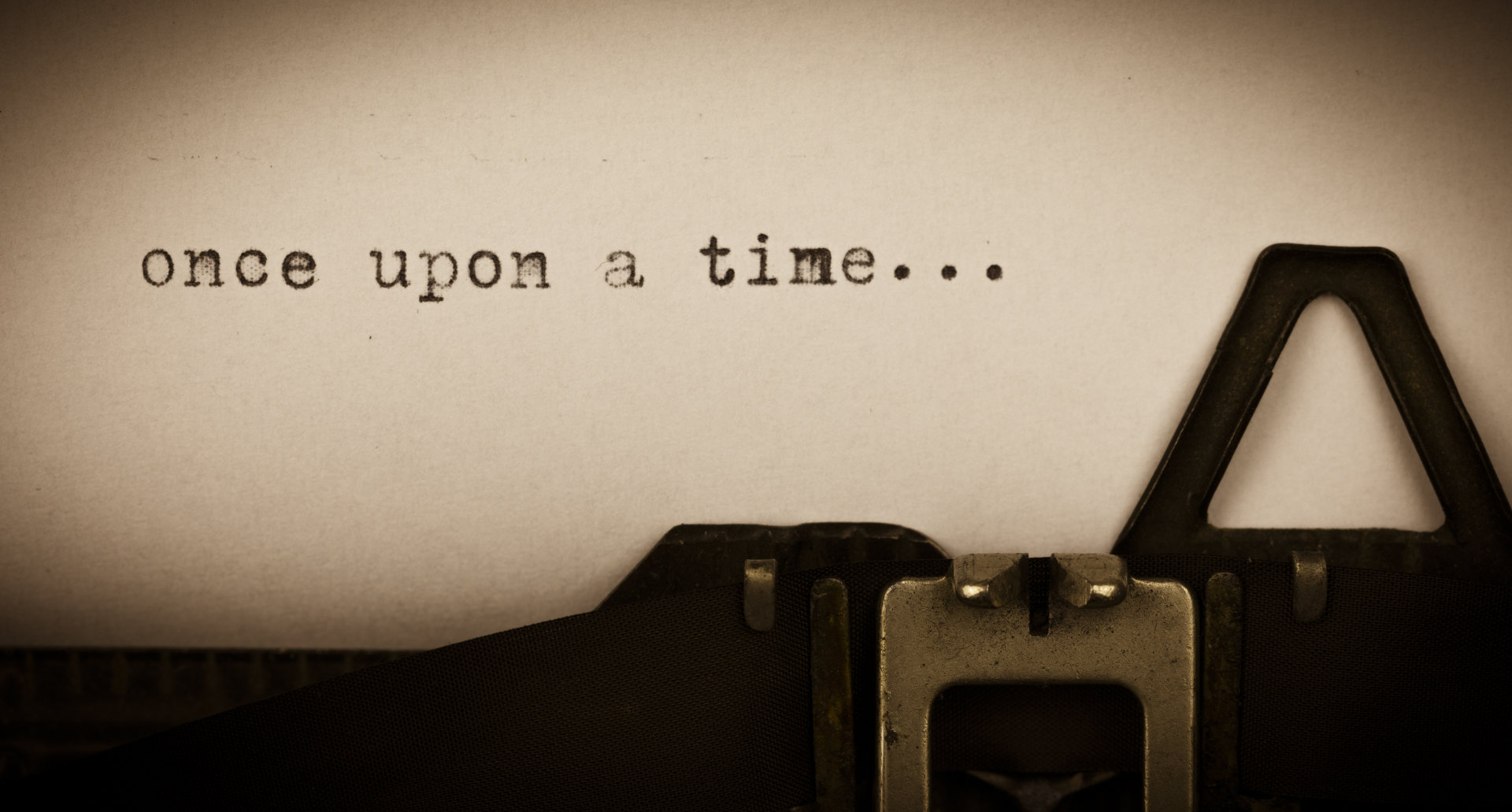 Teneke was smaller and slower than all his classmates. On his way to school each morning the bigger kids would take his lunch, and after school they would push him in the dirt as they ran by him. To protect himself, Teneke would avoid playing with the other kids, and hide in his room, reading and watching television.

Teneke would insist, and his uncle would finally relent. Instead of teaching Teneke the Splitting Chop that Bone Cutter would use to send his opponents out of the ring, his great uncle would ask him to stand with his arms up and his legs deeply bent.

Finally, Teneke would stop and leave the class, thinking his uncle did not want to teach him.

One day, Teneke tried to resist one of the bullies. He had been watching carefully in his great uncle’s class as the students learned the Splitting Chop movement. After two hours of practice, Teneke was sure that he could execute a Splitting Chop to the bully and defeat him.

Instead, the bully punched Teneke in the face and made his nose bleed. Teneke, feeling humiliated, ran to the martial art school and knocked on the door. His great uncle opened the door and asked what had happened. Teneke explained that a bully had punched him in the nose and made him bleed.

Teneke was crying and blaming his great uncle for not being as skilled as Bone Cutter with his Splitting Chop movement.

“What do you mean?” asked his great uncle.

Teneke explained that he had watched in class and practiced the Splitting Chop movement in secret. But the bully beat him up anyway.

“Have you been practicing the standing postures I showed you?” his great uncle asked.

Teneke replied that he had not. They were boring and made his arms and legs hurt. “Can’t you just teach me the Splitting Chop movement the way Bone Cutter does it?”

Finally, his great uncle relented and said, “If you want to learn the Splitting Chop movement, then you must become my disciple.”

Teneke was overjoyed, but his great uncle continued, “To be my disciple, you must do all the exercises that I tell you, for as long as I tell you to do them. Do you understand?”

Teneke was so happy to hear that his great uncle would accept him as a disciple, that he agreed to the conditions without realizing that he was going to be standing around again.

Teneke studied every night after that incident. When his arms and legs would hurt, he would remind himself that he was his great uncle’s disciple and had to persevere.

As the weeks and months passed, Teneke’s health improved. He was not the smallest and slowest in his class anymore, and since he was proud to be his great uncle’s disciple, he did not hide from his classmates. As his health improved, the bullies stopped pushing Teneke down and taking his lunch. Some days, they would even walk with Teneke and he would play games with them after school.

Teneke did not notice this change in the bullies, or his own behavior. He was concerned with his martial art practice and not with taking revenge on the bullies.

With a tear in his eye, Teneke’s great uncle began the instruction.

The New Oxford American Dictionary defines martial art as “various sports or skills, mainly of Asian origin that originated as forms of self-defense or attack, such as judo, karate, and kendo.” As the Asian martial arts have grown in popularity, other cultures have shared their own traditions. Notice that while martial means warlike, the definition of the noun martial art is a sport or skill, not a means of training for war.

I struggled with this definition because it lacked the deeper meaning I have developed in my mindfulness martial art practice. After several days of research, meditation, and practice, I realized that what I wanted to accomplish with this section was not a definition of martial arts, but to define why someone studies a martial art.

Why do I study martial arts? Initially, it was for exercise. As my enjoyment of the practice increased, I discovered I needed to look beyond the physical practice to find the real reason for my enjoyment. This journey led to the philosophical foundations of Buddhism, Confucianism, and Daoism.

Through this study, I learned that many martial art masters of the past followed a similar journey. They may have started martial art practice for different reasons, but they found deeper meaning in their practice. Even when they had mastered the physical practices, they had not mastered the art. They continued their development with the study of Buddhism or Daoism.

Many individuals are eager to learn the combat applications of a martial art. This fascination with combat comes from popular culture. Since they market martial arts as a means of self-defense, I feel it is important to explore this subject.

The first question I have for the student seeking to learn the martial arts for combat or self-defense is, “Why do you want to know this skill? Are you going to hurt someone?”

Unless you are a psychopath, the answer is no; you do not want to hurt someone, but you may feel unsafe. A feeling to which I have a few more questions: “Why are you afraid? Is it where you live? Is it how you live? Can you change either of those situations before you depend on combat?”

If you can provide heartfelt answers to those questions, and still seek to learn the martial arts for combat, then I ask that you practice five times harder than anyone else. If the practice requires you to stand in a posture for 5 minutes, then you should stand for 25 minutes. If asked to do 25 push-ups or crunches, you should do 125. If asked to practice forms for one hour, then the student seeking real martial skill, honestly seeking to use a martial art for combat, should practice five hours.

Why do I challenge you to such an extreme regimen? Because it takes that dedication to develop even a basic skill as a boxer. The idea that you can practice an hour a day, with a few minutes of hands-on instruction at the local gym, then defend yourself against an armed and determined criminal, is dangerous. Cheng Tinghua was one of the greatest martial artists ever, and he was shot dead. Will you do better?

Violence and danger are present in the modern world, but humanity has developed institutions and technologies to enhance individual safety. Take advantage of tools like security alarms, and pepper spray, for self-defense. Practice martial arts for self-development.

Few individuals persist in the type of regimen I outlined above. Most understand that their image of heroism and violence through martial art training was just that, imagination. With that understanding, they can take the middle way and the art becomes their teacher.

The martial arts are divided in to two broad categories: external (waijia) and internal (neijia). The definition of these two schools varies with distinctions along philosophical and national lines, and the manner of practice.

The national and philosophical difference started during the Qing dynasty. The Qing were ethnic Manchus that repressed the ethnic Han majority, even forcing the Han to shave their heads and wear a topknot to distinguish them from the ruling Manchu class. The Shaolin martial arts were defined as external and associated with the Manchu and Buddhism (imported into China) while internal martial arts were associated with Daoism (indigenous to China). In the long history of China, Daoism and Buddhism were each favored by different emperors. When the Buddhist influence came from forces outside China, it was considered an inferior system.

In his book on Taijiquan, Sun Lu Tang says that Zhang Sanfeng realized that his Shaolin training caused overexertion from the use of too much strength. This overexertion was causing him physical harm, so Zhang Sanfeng corrected his practice by applying the principles from Bodhidarma’s original exercises with the Dao. With this practice, he obtained a smooth and balanced qi. While few mention the Huang-di Neijing’s imprint on internal martial art training, preferring to give the credit to Bodhidarma, its influence is evident.

This later definition of an internal martial art allows any martial art, or even any physical training, to become an internal practice. By shifting the focus of training from physical (preoccupied with the body and its needs) to physiological (the functions and activities of life) the practice method and purpose changes.

Why do you practice martial arts?

You need to decide why you desire to practice the internal martial arts. This decision will define the art for you. Once made, this decision is not fixed; it will morph to include different (or even all) aspects outlined below. For now, choose one of these five reasons before continuing:

You desire to be in better shape but are not engaged with modern exercise programs. Your practice is based on your current physical condition (no overexertion allowed) with the goal of improving health.

You feel out of shape mentally. You may feel depressed, cranky, or just have a perplexing problem that you cannot solve. Your practice is focused on breathing and attention with the intent of improving your mood.

You feel that it is time to develop a deeper understanding of yourself and the world around you. In Daoist practice, the student seeks to be in harmony with the Dao. The Buddhist practice seeks understanding and enlightenment. A middle way (Zen), is to seek enlightenment by following the Dao. You can associate your practice with any spiritual belief system. You do not have to become a Daoist or Buddhist to practice the martial arts.

You recognize that engaging yourself and others in physical exercise is one way to improve your community. This idea is not unusual; many Japanese firms implement a calisthenic routine for their employees. Studies show that healthy individuals reduce healthcare costs, take fewer sick days, and are more productive.

The last reason to practice would be the martial one. The purpose of practice is to gain physical power, speed, and skill to overcome an opponent in a fight. The martial student is fully engaged in the other four aspects as well, recognizing that proper warriors contribute to their community, through physical, spiritual, and mental well-being.

I would read each posture in detail from the yellow book, then practice the entire sequence from the beginning to that posture. The book’s spine was beginning to break, and rain would soak the book even when I tried to shelter it under the pin-oak. I broke it apart entirely and put each page in a…
Study Now

The Martial Arts Parable is an exploration of the real meaning of the internal martial arts. Before you begin practice, you must know why you want to start.
Study Now
Be Bold
Be Creative
Be Yourself
Be Dapper Genius