In 2852 BCE Fu Xi is credited with creating the Eight Trigrams (Bagua). The trigrams of the Bagua, and the hexagrams of the Yi Jing are more complex representations of the simple Yin and Yang symbols of a broken and solid line.

There are two arrangements of the Bagua trigrams. The first, pre-heaven Bagua, is based on The River Map. The dots are unitary (base one) representations of the integers one through ten. In this diagram the sum of all the odd or even integers on the periphery equal 20. Adding any number on the inside squares with 5 (the center) will equal the number on the outer square. 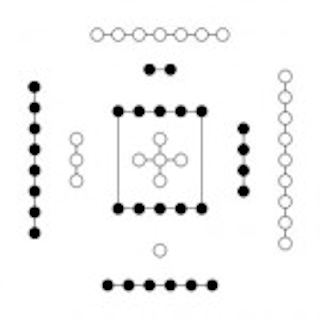 In this arrangement the trigrams across from each other represent opposites, much like the even and odd numbers oppose each other on the diagram. The Yarrow Stalk method of divination associated the numbers on the outer edge of this arrangement to four possible values, or conditions, of Yin and Yang six, seven, eight, nine correspond to Old Yin, Young Yang, Young Yin, and Old Yang. 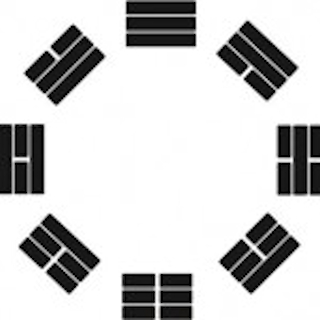 Another legend associates this arrangement of the trigrams to the Lou River Scroll. The dots are unitary (base one) representations of the integers one through nine. The odd and even numbers alternate in the periphery of the pattern, the four even numbers are at the four corners, and the five odd numbers form a cross in the center of the square. The sums in each of the three rows, in each of the three columns, and in both diagonals, is 15. Fifteen is the number of days in each of the 24 cycles of the Chinese solar calendar. Since five is in the center, the sum of any two cells that are opposite each other is 10. 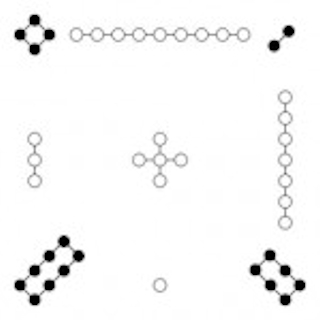 Jou the Terrible ruled the Shang dynasty (1600 – 1122 BCE) with such horrific brutality that his name is synonymous with “a debauched tyrant.” Meanwhile, the nearby state of Zhou was gaining influence and the neighboring states would bring their disputes before King Wen of Zhou (1099 – 1050 BCE) to be settled since they knew King Wen provided a wise and fair arbitration. 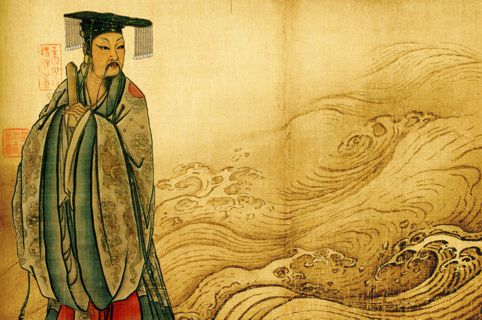 On one of King Wen’s visits to the Shang court, Jou the Terrible threw him in prison, where he was confined for seven years. While in prison, King Wen reflected on Yin and Yang, the Five Phases, and the trigrams of the Bagua. He decided to stack one trigram upon another trigram to form a hexagram–symbolizing a higher level of diversification. He attached a name and a description to each of the sixty-four possible hexagrams. He also rearranged the trigrams on the Bagua circle to reflect the complexity of the natural world–including the change of seasons and the interaction of the Five Phases. This arrangement is the post-heaven Bagua circle. 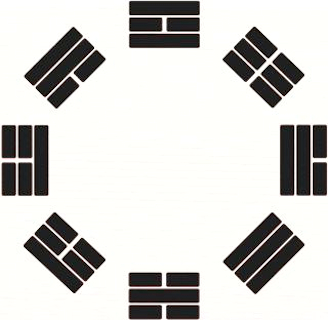